Who are the Inuit?

Inuit means 'the people' in Inuktitut and they are one of the three Indigenous peoples identified as Aboriginal in the Canadian Constitution, 1982. Inuit inhabit the northern areas of Canada, in 53 communities; their territory encompasses 35% of Canada's landmass, and 50% of its coastline.(1) The Inuit homeland is refered to as Inuit Nunangat, and includes the land, water and ice. Inuit Nunangat has 4 distinct regions: Nunavut, Nunavik (northern Quebec), Nunatsiavut (northern coastline of Labrador) and Inuvialuit (NWT & Yukon). According to the 2011 National Household Survey, 59,440 individuals identified as being Inuit and 73% resided in Inuit Nunangat.(2)

The following map shows the four regions of Inuit Nunangat: 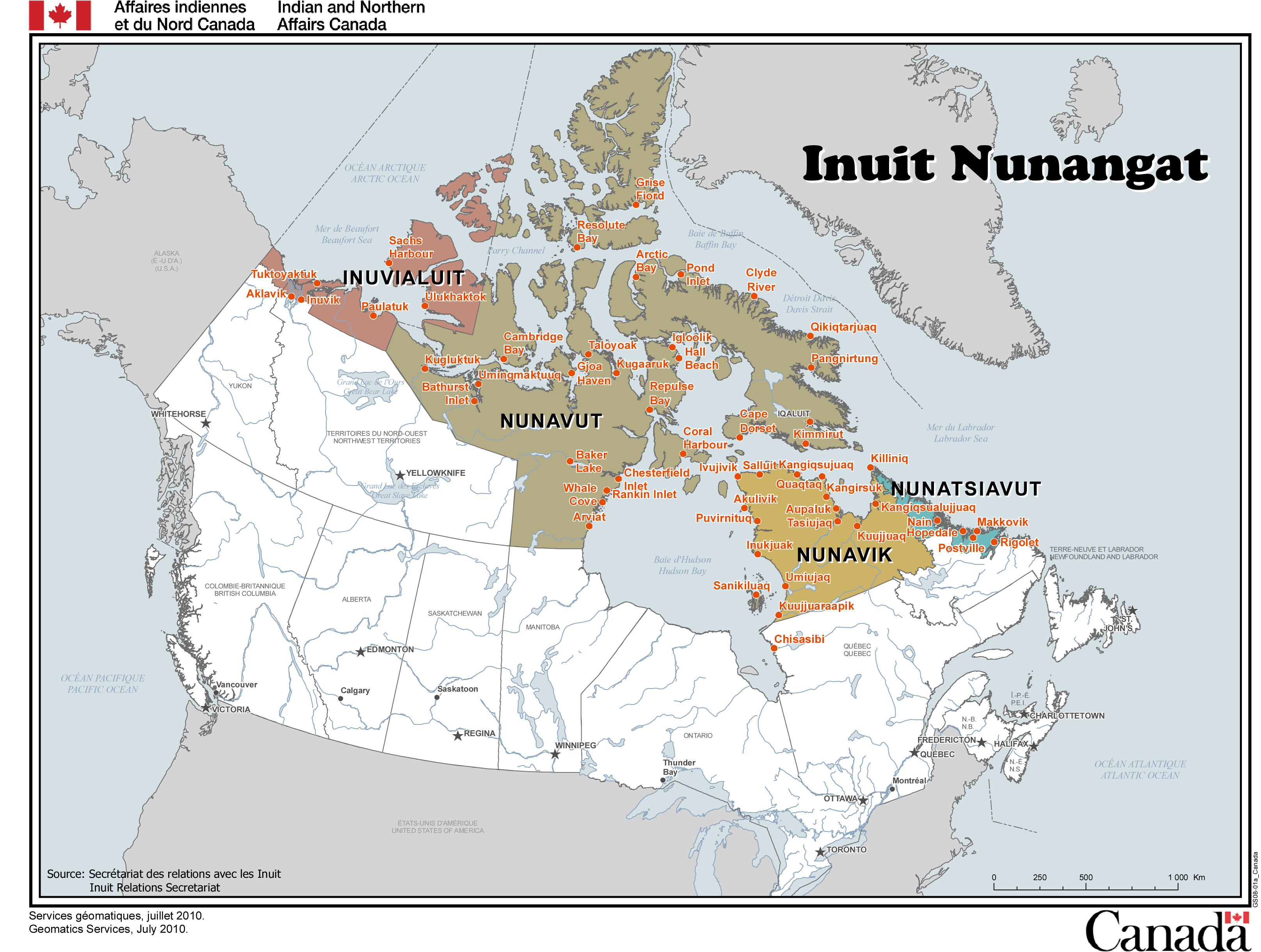 Inuit have been on their territory since time immemorial. There is evidence to suggest that the Norse had contact with Inuit as early as the 11th century.(2) Contact with outsiders continued with explorers, missionaries, traders, whalers and scientists. The result of contact brought irreversible cultural change among Inuit, however components of language, connection to the land and nomadic lifestyles remained strong.

Inuit had been pretty much ignored by the federal government since the creation of Canada as a country, until a court decision in 1939 ruled that Canada was responsible for Inuit.(2) Following the court decision, Canada reluctantly provided services to the Inuit. Although Inuit were never included in the Indian Act, the federal policies still followed the assimilationist agenda. Similar to the creation of reserves, Inuit were relocated, sometimes forcefully, to centralized communities. Furthermore, as a means of government identification, Inuit were issued discs that they were supposed to wear on their person at all times. 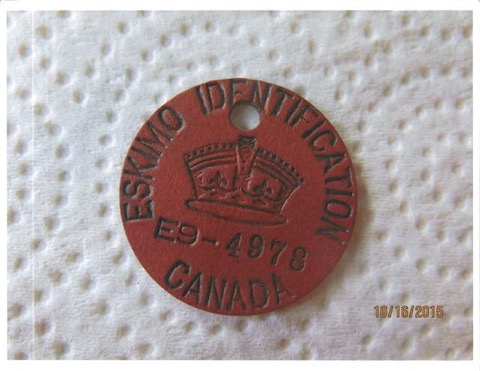 Because Inuit were never included in the Indian Act or signed treaties, their land base had never been dealt with formally by the federal government, although this did not stop the federal government from placing restrictions on Inuit traditional hunting and harvesting activities. In the late 1960s and early 1970s, Inuit began a political fight over the assimilationist policies and settling the landbase issue with the federal government.(2)

The federal government entered into negotiations with Inuit in what some call modern day treaties, otherwise known as Comprehensive Land Agreements.